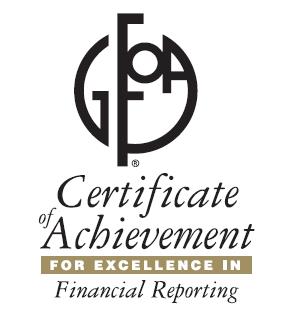 MARION COUNTY – For 20 years running, the Finance Department of Marion County Public Schools has been in the national spotlight for its transparent accounting practices.

The Chicago-based Government Finance Officers Association (GFOA) recently awarded a 20th-consecutive Certificate of Achievement for Excellence in Financial Reporting to the Finance Department.  The award is based on the school district’s Comprehensive Annual Financial Report (CAFR) for fiscal year 2019.  This is the highest recognition possible in the area of government accounting and finance reporting and represents a significant accomplishment by a government entity and its operation.

The award also recognizes the department’s “spirit of full disclosure” to clearly communicate its financial story and create incentive for others to read the CAFR.

For the previous fiscal year (2018), Marion County Public Schools was one of just 20 school districts in Florida and 542 nationwide that received the award, placing it in the top one percent. 2019 statistics have yet to be released.

For more information on these awards, contact Chief Financial Officer Theresa Boston-Ellis or Finance Director Alice Posada at 352.671.7700 or the Government Finance Officers Association at 312.977.9700.  Additional information is available at www.gfoa.org.