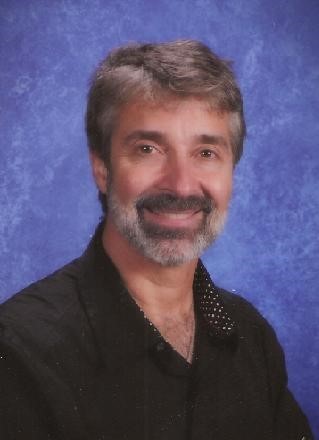 Mr. Marino teaches Piano/Keyboard & Rock Band/Studio Music ensemble - The West Port ROCK PACK. He has been a teacher in Marion County since 1999. For the 20 years prior to becoming a teacher, he lived and worked in Los Angeles, CA. as a professional musician/composer-arranger/music editor.

While in Los Angeles, he worked on many motion pictures, concerts and television projects in varied capacities: composer, arranger, pianist/keyboardist, conductor, music editor, technical consultant, etc. (Mr. Marino's IMDb credits). He received an Emmy nomination in 1997 for music editing on the HBO film "The Cherokee Kid" staring Sinbad. He is also a published arranger with the Rogers & Hammerstein Organization.

During this time of his career he worked and studied with many gifted artists. Some of whom include: Stanley Clarke, Lalo Schifrin, Henry Mancini, Nelson Riddle, Charlie Shoemake, Maya Angelou, Robert Townsend, Sinbad, Damon Wayans, among many others.

In 1999, he retired from this part of his life and moved to Ocala to raise his family.

It was then he began teaching in Marion County. He and his wife Kathy have 4 children, all of whom are proud graduates from Marion County Public Schools.

In 2003, he was chosen "Marion County District Teacher of the Year",

In 2020, he received the Marion Cultural Alliance’s Arts Educator of the Year Award.

In 2020/2021, he received the Florida Music Educators Association for the Exemplary Program Award for a program he originated: The West Port ROCK PACK.

Since returning to central Florida, he has continued to work professionally with other accomplished artists, such as Bruce Swedien, Pat Travers, Lourdes Robles, etc.

His education includes a Bachelor of Music Degree in Music Composition from California State University, Northridge. As well, he has 3 certifications from the Grove School of Music: Composing and Arranging; Keyboard Performance; and Film Scoring. GO WOLF PACK!