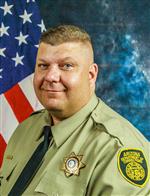 At the age of 17 I joined the US Navy. I was stationed in Pearl Harbor HI. I got a free cruise around the world with the Navy going to places such as Samoa, Thailand, Malaysia, Singapore, Japan, Tonga and all the islands of Hawaii. After the Navy I worked for a local sheriff's department as a correctional officer. In 2007, I decided to re-enlist into the Army and was a M1A2 Abrams Tank driver with the 1st Calvary Division. After my time in the Army, I worked as a Federal Correctional Officer and as a Federal Police Officer. I am excited to train the next generation to be better law enforcement officers.