Home of the Falcons! 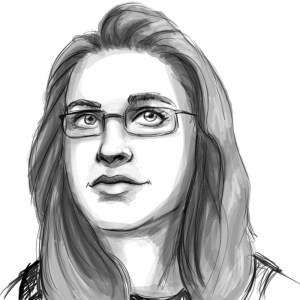 Hi there! I’m Neisha Bergman, a multimedia, multi-discipline artist, illustrator, and designer. Having lived in Florida for most of my life (though I’ve lived in several places up and down the East Coast), I studied Game Art and Design -and- Media Arts and Animation at the Art Institute of Tampa.  I earned my first Bachelor of Fine Arts with Honors in 2008 for Game Art, and was awarded my second BFA with Honors in 2009 for Media Arts and Animation.

I’ve had the privilege to work on projects for network television, mobile games, and theme parks, though not in the same day.  My work has appeared in churches, homes, hospitals and children’s museums!

For the past five years, I've been an art teacher, four of which here at the Fort!  I look forward to continuing to bring an appreciation of the arts to Fort King Middle and to your middle schoolers!