Home of the Junior Colts! 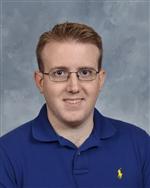 Mr. Kissam is a teacher of World History at North Marion Middle School.  He earned his AA Degree from Northwest Florida State College followed by his BA in History from the University of West Florida. During that time, Mr. Kissam enlisted with the Florida Army National Guard and received his commission as an Infantry Officer. Mr. Kissam continues to serve in the Army Reserve.