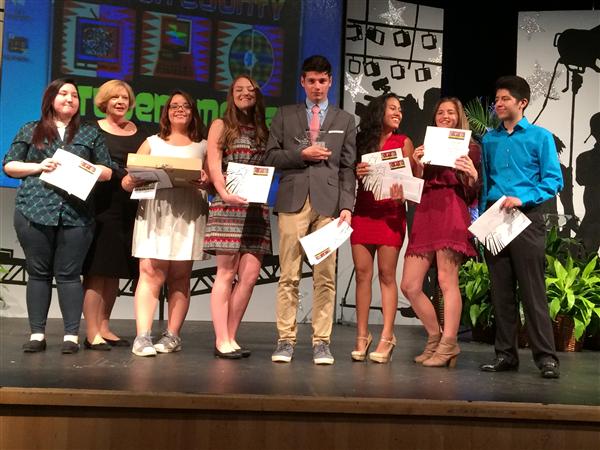 In high school, I wanted to be an architect or a musical theatre star, but in my freshman year at St. Ambrose University (Iowa) I discovered the college radio station. When I was 19, I got my first professional radio job and continued working while finishing my degree in Mass Communications. After college, I moved into television working in Iowa, Atlanta, Minneapolis, and from 1984-1989 I was the co-host of PM Magazine in Orlando. In the early 90's, I was a travel reporter for a program that aired on the Travel Channel & Discovery Channel, visiting some really amazing places like Istanbul, Hong Kong and the Galapagos Islands (scuba diving among hammerhead sharks). I was also a free-lance writer/producer on more than 120 sales and marketing videos for the Resolution Trust Corporation, FDIC, Commodore Cruise Lines, Chase Manhattan, and Conrad (Hilton) Hotels.

My teaching career began in 2003, when I was offered a position at DMS.  I had been a volunteer and substitute at the school since moving full time to Dunnellon.  My coursework for my teaching certification was completed through the University of West Florida.  I have taught video production at Dunnellon Middle and West Port High Schools.