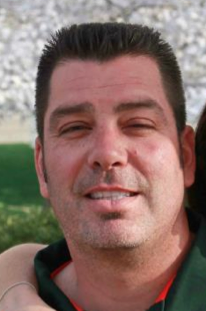 Coach James Travieso has been at the helm of Vanguard’s Cross Country program for almost 2 decades. In his relatively short tenure as coach he has produced some of the best runners to ever come out of the state of Florida. In T’s time coaching, the boy’s xc team has won 18 County titles where as the girls have won 14!! Coach T’s passion for running started in high school where he ran for Christopher Columbus in Miami Florida. After Graduating he went on to be a record holding sprinter at the University of Central Florida. While in college, Coach T met his wife Tania Travieso. Tania and James have 3 sons, 6 dogs and 2 cats. Justin, the eldest son, graduated from UCF while the younger sons, Andrew and Jordan, both attend Vanguard.